I know, I know, it's been an eternity and a half since I've blogged... but it's been a overwhelmingly busy past three months and it's just about to get crazier.

I figured that I would take this "calm before the storm" to let you all know about something that is very near and dear to me. What's that you might ask? Well, it's the Kitchener-Waterloo Skating Club.

KWSC has been instrumental in helping me build my business. I started skating at KWSC the year we moved from Nova Scotia, when I was 11. I skated singles until grade 10 and then added pre-novice synchro to my resume and then eventually, photography. Everyone in the club (skaters, parents, board members etc.) was so supportive and understanding of my photography habit and they trusted me to photograph so many club events, including the likes of Summer/Sectionals/Starskate Simulations and Ice Show (formerly Showcase) when I was as young as 14.

This year is KWSC's 75th Anniversary as a skating club and I wanted to give back a little in thanks for all the support I have received over the past several years. This skating season has brought many reasons to celebrate to KWSC. Not only have our skaters done well internationally at the highest levels of skating, but our young talent is thriving as well. We have several sectional, provincial and national level medalists as well.

To celebrate both the 75th Anniversary of KWSC operating as a skating club, as well as a year of success in all levels, the Kitchener-Waterloo Skating Club is holding an Ice Show on April 12th, 2014 at 3pm at the Waterloo Memorial Recreation Complex and I invite you all to come. Not only will the KWSC's local young talent be in attendance and skating, but there are so many skating stars and KWSC alumni that will be skating as well.

To start off the star-studded cast, KWSC's own Olympic Silver Medalists and 2011 Canadian Pairs Champions, Kirsten Moore-Towers and Dylan Moscovtich will be skating in the show. Kirsten and Dylan competed in both the Team Event and Individual pairs event at the Sochi Olympics this past February and helped lead the Canadian team to a silver medal in the team event. Only a couple of days later they skated again and placed 5th in a very deep pairs field in Sochi. Not only are Kirsten and Dylan are fabulous ambassadors for KWSC, but they are also just really nice and down to earth people. Kirsten and Dylan will be just back from the World Championships in Saitama, Japan when they skate in Ice Show. They will be joined in Saitama by KWSC Alumni Andrew Poje and his ice dance partner Kaitlyn Weaver, who have also joined the cast of Ice Show. 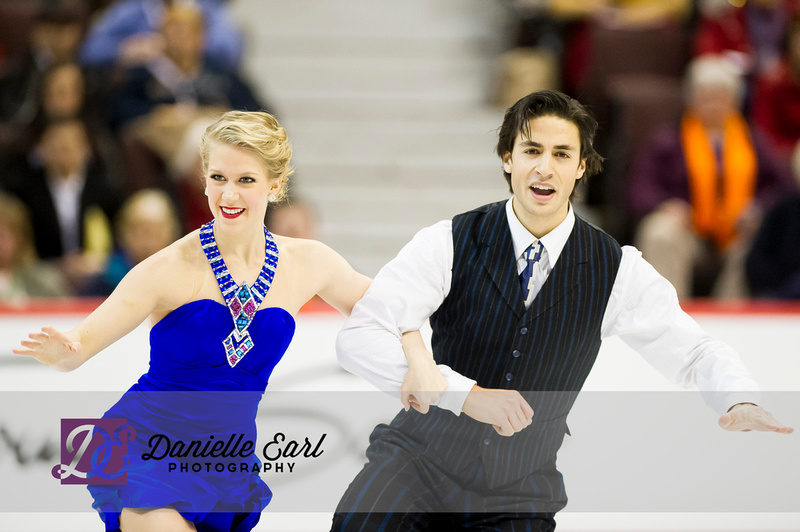 I know I am super excited that Kaitlyn & Andrew have joined the cast of Ice Show, as I have been a fan of them since they first teamed up in 2007. I remember being in the audience with my mom and Andrew's mom at Nationals in Halifax in 2007 when they won the bronze medal and what a fabulous celebration it was. I've been following their career every since and am so happy they are coming "home" to KWSC for Ice Show. They are SEVEN time National Medalists and have placed as high as 4th at the World Figure Skating Championships in 2012 and their love and enthusiasm for the sport is obvious and appreciated.

In addition to Kaitlyn & Andrew and Kirsten & Dylan, 1988 Olympic Gold Medalist Elizabeth Manley will be joining the cast to celebrate it's 75th year and it does't stop there! Our guest emcee will be TV personality and blogger, PJ Kwong. 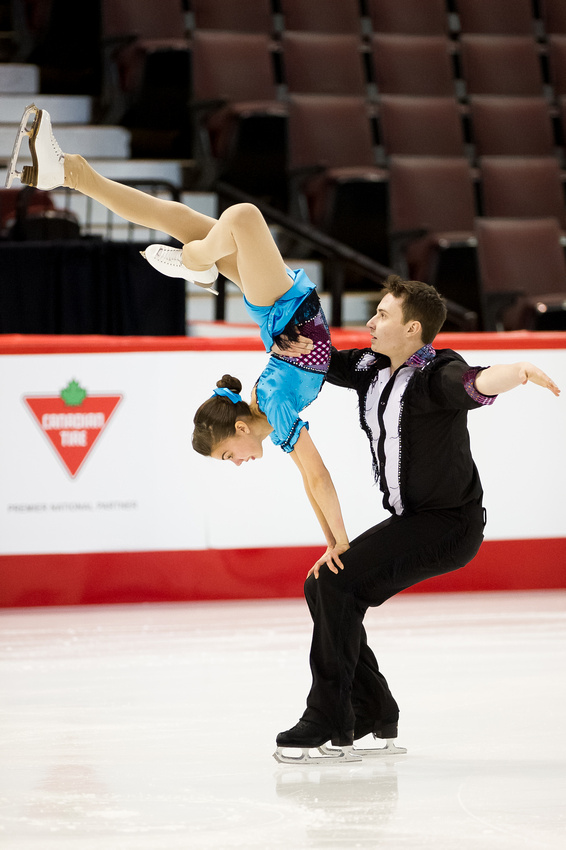 Not to be outshone by the star-studded headliners, KWSC's young talent will also be entertaining the audience with fun upbeat performances to music from throughout the 7.5 decades the club has been operating. KWSC's synchro teams (Revolution) will be skating and you wont want to miss the highlight of the whole show (in my opinion) - the Preschool numbeer!

As I said before, the show will be on April 12th 2014 at 3pm at the Waterloo Memorial Recreation Complex. If you wanted to buy tickets, they are available at www.kwskating.com/iceshow and are $20 for adults and $5 for Youth under 19 years of age. From what I hear, tickets are already more than half sold out, so if you are interested in coming to see this awesome show, act quickly before tickets are all gone! You wont want to miss this amazing opportunity to see some of Canada's best talent skating with KWSC's up and coming talent. It's going to be a GREAT show. I'm going to be there, how about you?! :)

P.S. This is not a sponsored post, I genuinely want to see you all there to support some amazingly talented skaters of all ages.

best essay writing service in usa(non-registered)
I for the most part perceived how still my thump was when getting out and about and the second I would plunk down then they would be wriggling basically all over. So swinging, ricocheting and base tapping are all that I will endeavor while quieting a newborn child to rest.
Sherry Towers(non-registered)
Great job Danielle!
No comments posted.
Loading...
Subscribe
RSS
Recent Posts
Earls Take Italy Part 2 Kitchener-Waterloo Skating Club 75th Anniversary 2013 in Review is happiness a choice? NEXXICE Gala Earls in Italy Part One: Venice EOS Sectionals Sectionals Season an update of sorts prom
Keywords
photography Figure skating sectionals italy travel EOS NEXXICE Skate Canada Synchronized skating blog
Archive
January February March April May June July August September October November December
© Danielle Earl 2022
User Agreement
Cancel
Continue