As I was waiting for more photos to upload in my Nationals galleries, I was thinking, "it feels like forever since I have blogged", and I was totally right. It's been over a month. Whoops!

A LOT of things have happened over the past month and I just wanted to share some of them with you guys, assuming anyone reads these posts... (PS. Don't be shy, I love comments - not that I know how to write one either!)

Anyway, I got back from the 2013 Canadian Tire National Figure Skating Championships a week ago tonight - man what a fabulous week of skating! More on that in a bit.

I got back to Humber knowing I needed to make what was possibly the biggest decision of my life so far. If any of you have been reading my personal twitter account, I'm sure you know that I was not necessarily in a good place last week. I'm better now and, after a lot of thought and tears, I have decided that my time at Humber will be drawing to a close this week. I won't go into major detail on why I am leaving because it's quite personal, however I will say that it is not where I need to be right now. I will start the withdrawal process tomorrow and move the rest of my stuff out of residence on Tuesday night (hopefully). Thank you to all the people who have given me advice over the last couple of weeks, even if it was not necessarily what I wanted to hear. I value your honesty.

Anyway! Nationals! What an awesome week!

The Saturday and Sunday before nationals started, I was in Grimsby shooting Charles Dover competition with D'Asti Photography. Once I got home from that, I packed my clothes for two weeks and my mom and I drove up to Mississauga, where we drove immediately to the rink to pick up my media pass so there were no complications the next morning when the Novice pattern dances began.

Then we checked into the hotel. We were surprised to find that it had no elevator and we had multiple huge suitcases full of camera gear and clothes/computers etc. But, it was all good and we made it up to our room, which was awesome. We ended up with the corner room so we had two windows and it was massive! The beds were really good for my back too, which is good when you're shooting for long days at a time! 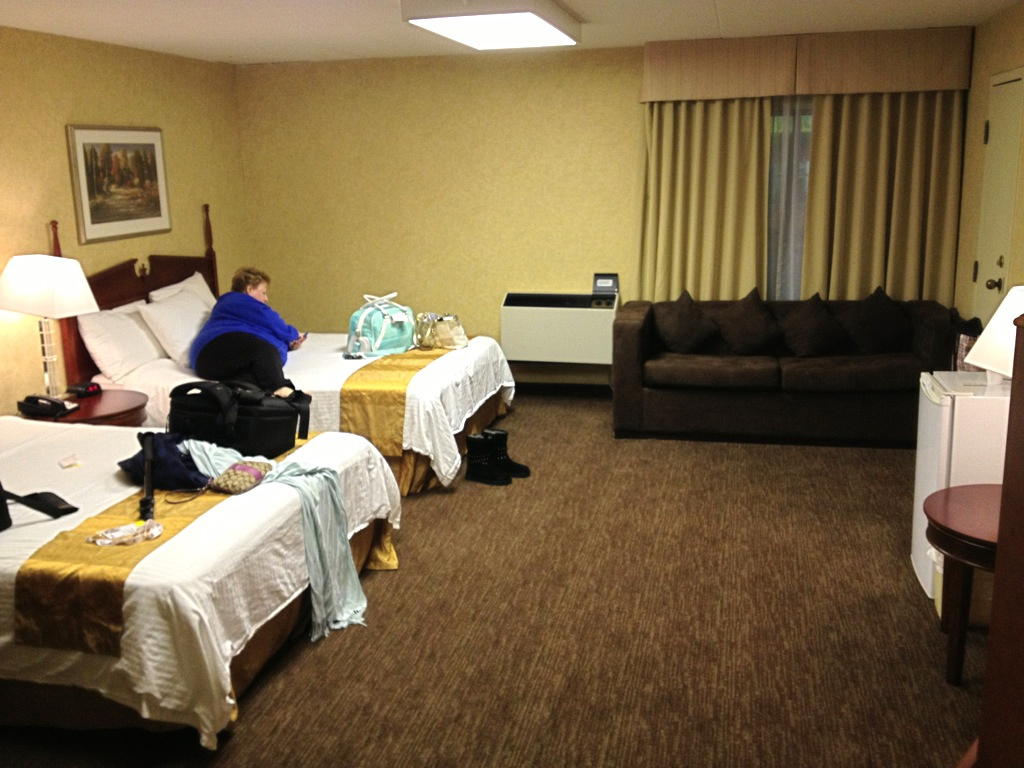 Crappy phone picture, but this was part of our huge room.

The next day we were off to the races starting with all the novice events as well as the junior women short program. I finally talked to Melanie Hoyt and Erica Armstrong. Last year I was too shy to go up and talk to them but this year Melanie was very kind and approached me and showed me the media room, where I got my photographer position later in the week (Lucky Number 25!). Later in the week I also got to talk to one of my photography idols, Brett Barden. He gave me tips on how to get involved with Worlds and photography, even if they're not on ice photos. I thought that was very kind of him! I also met a very nice photographer named Brian Dole and another who was a student at Seneca College for photography! Of course David Carmichael was there and as kind as ever! I feel like I had a completely different outlook than I did last year in Moncton. I also have noticed that my confidence level is much higher now than it was last year. Baby steps!

The skating at Nationals was amazing! The level of skating overall has increased tenfold since Nationals 2012 in Moncton. The senior women event was phenomenal. Kaetlyn, Gabby, Alaine, Julianne and Amelie all skated outstanding performances and the future for Canadian Women's skating has never looked brighter. Another amazing event was the senior pairs. Kirsten and Dylan brought tears to my eyes during their long, Meagan and Eric were pretty much flawless, Taylor and Simon had two great programs and Britt and Ian blew me away with how far they have come over the past year. The junior pairs were just as exciting. Though there may be only a few teams in Canada, they were small but mighty. I was so impressed with Natasha and Sebastian's progression over the season, Mary and Anthony also brought tears to my eyes because I was so happy for them to skate so well after a rocky first bit of the season. I was soooo proud of Shalena and Phelan for getting their double axels out there on competition ice. Patrick Chan was amazing as usual and I'm so glad Andrei was on the podium because he earned it this year. Another huge highlight was seeing Tessa and Scott's Carmen in person and getting to photograph it!! The heart break(s) of the competition for me were Asher falling on the twizzles in the short dance and Alex and Mitch having a fluke fall in the free dance, costing them the bronze, though I am so happy for Thomas and Nicole.

Anyway, I've written a novel, so I'll leave you with a few photos from the beginning of the week. It was so hard to pick just a few! Congratulations to all the competitors. I was very proud of all of you. :) 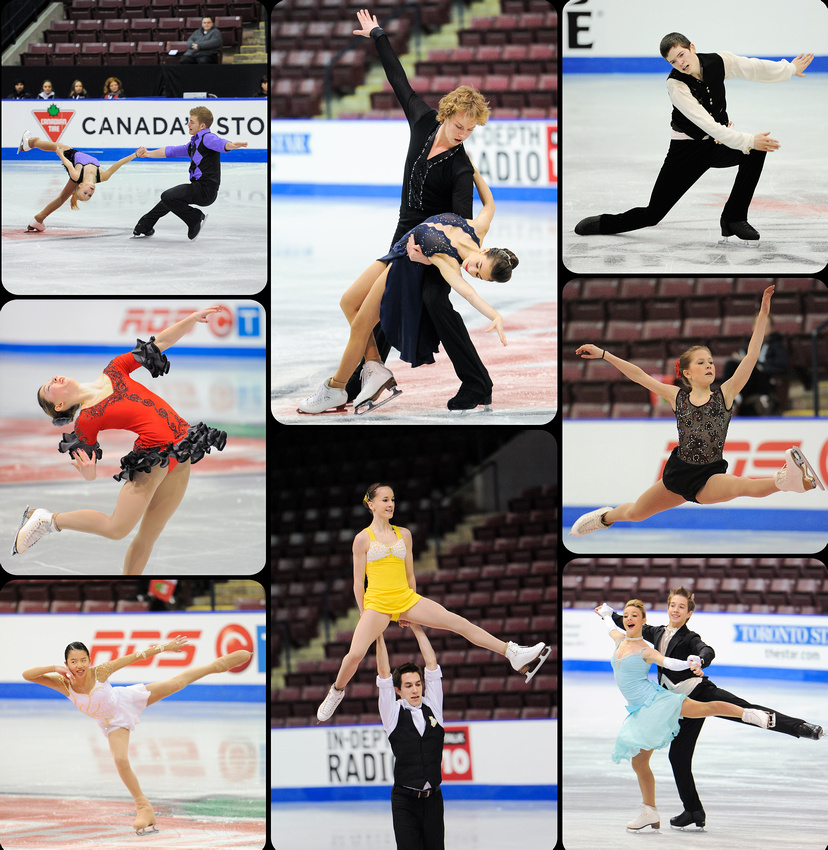 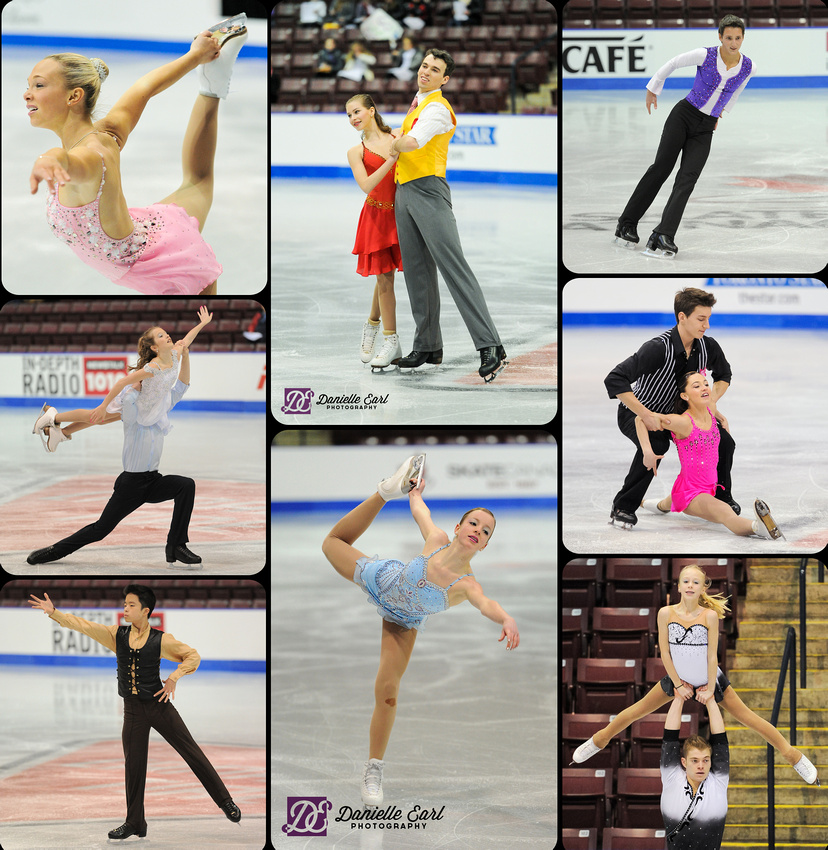 Fannie Howe(non-registered)
I am new to photography and I am learning a lot from reading about it and practicing. I have visited http://www.collegebasics.com/blog/choosing-best-essay-writing-service/ site as well as read that one of the best ways to improve your photography skills is to start a blog where you share your photos and experiences. I think this is a great idea, and I am going to start my own blog soon.
Erica(non-registered)
You silly girl, we don't bite! :-) I'm just as shy as you are. I'm glad you are gaining in confidence. Know that you belong. You have improved so much since Moncton. Next year... Coming to the media room all the time!
No comments posted.
Loading...
Subscribe
RSS
Recent Posts
Earls Take Italy Part 2 Kitchener-Waterloo Skating Club 75th Anniversary 2013 in Review is happiness a choice? NEXXICE Gala Earls in Italy Part One: Venice EOS Sectionals Sectionals Season an update of sorts prom
Keywords
photography Figure skating sectionals italy travel EOS NEXXICE Skate Canada Synchronized skating blog
Archive
January February March April May June July August September October November December
© Danielle Earl 2022
User Agreement
Cancel
Continue